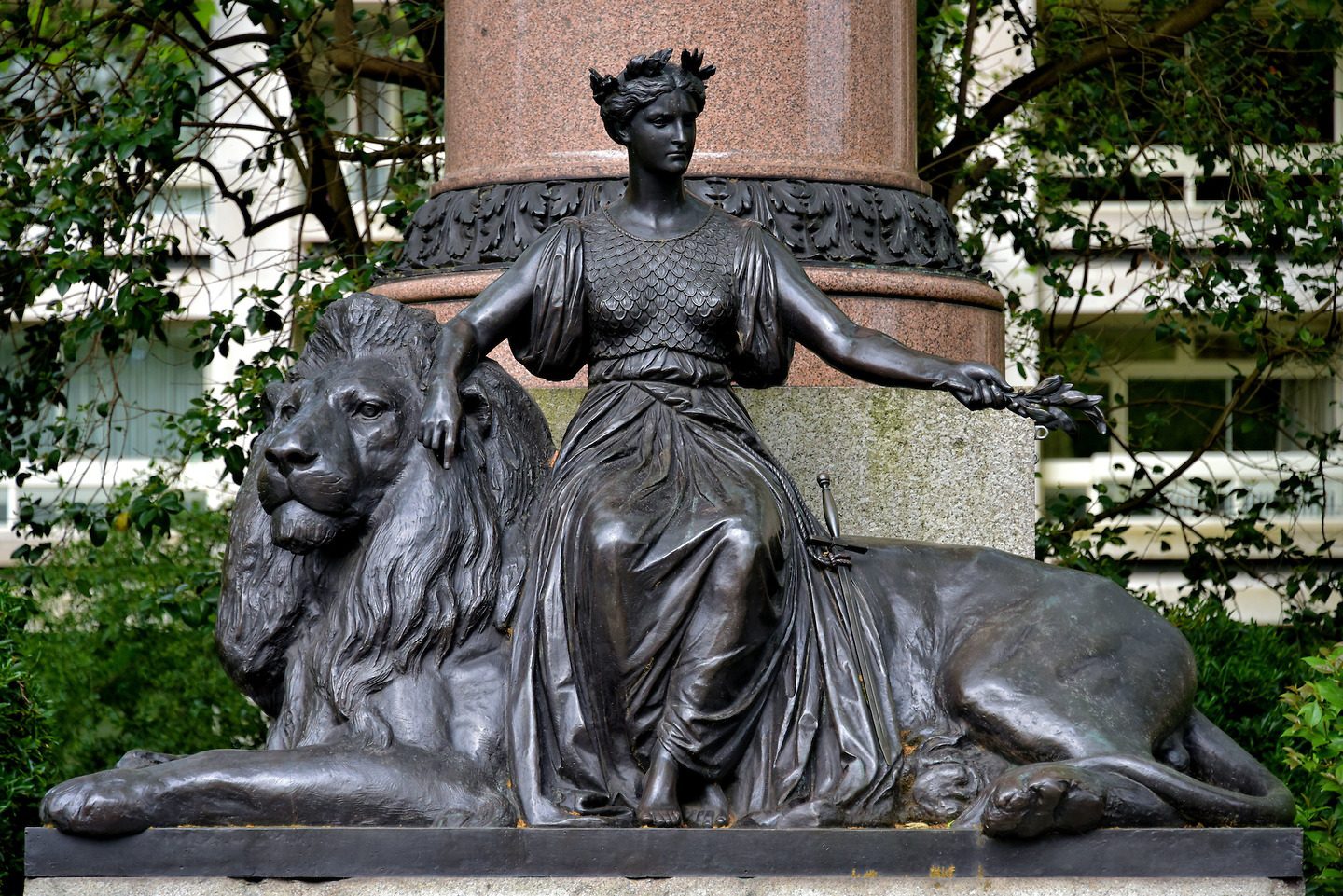 During the 1st century, the Romans began attacking what today is the British Isles. They called the islands Britannia. Their successful conquest was symbolized by a goddess wearing military attire next to a reclining lion. This personification has been frequently used on statues and currency across the United Kingdom. This sculpture by Carlo Marochetti was erected at Waterloo Place in 1867 at the base of the Colin Campbell Memorial. 1st Baron Clyde was a field marshal in the British Army. Lord Clyde successfully lead campaigns during several wars including the War of 1812, the Crimean War and the Indian Munity.