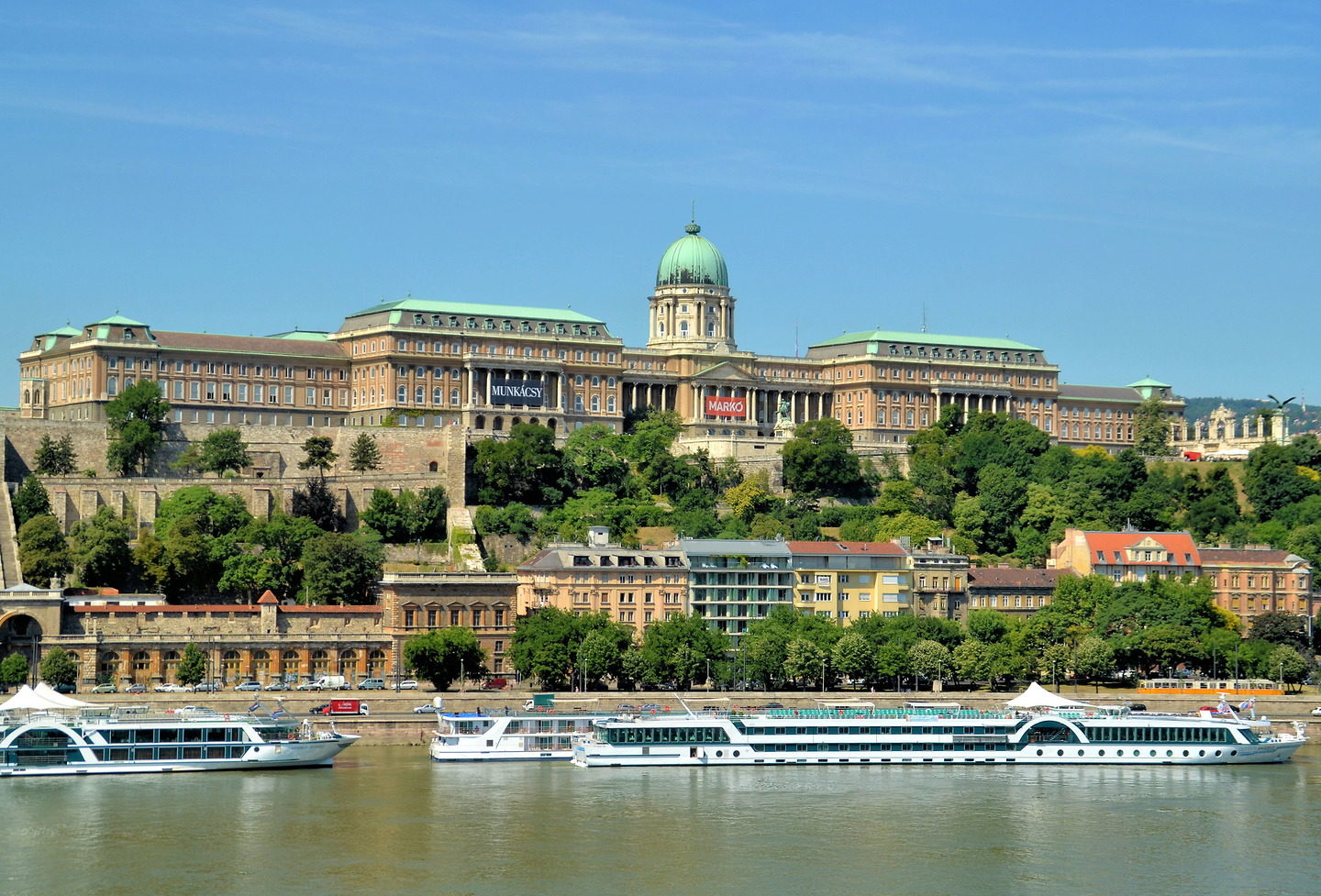 The Buda Castle majestically watches over the Danube from the top of Castle Hill. The 1,000 foot long Royal Palace is a testament to Hungarian history. Béla IV, who was King of Hungary and Croatia from 1235 to 1270, was the first to build a castle on the west bank as part of a defense against devastating Mongolian invasions. In 1361, Buda became the country’s capital. While the King of Hungary (1387 – 1437), Holy Roman Emperor Sigismund of Luxemburg spent lavishly to enlarge the castle. Next King Mátyás expanded it in the second half of the 15th century. In 1686, Buda Castle was destroyed during the siege by the Holy League’s army, partially rebuilt by the Hapsburgs in the early 18th century and then engulfed in flames in 1849 during the War of Independence. In 1891, architect Alajos Hauszmann was commissioned to give the castle a Neo-Baroque design. During WWII, the Germans used Budavári Palota as a stronghold until brutally attacked by the Russians in 1945. The reconstruction you see today reflects elements of these 750 years of historical events.