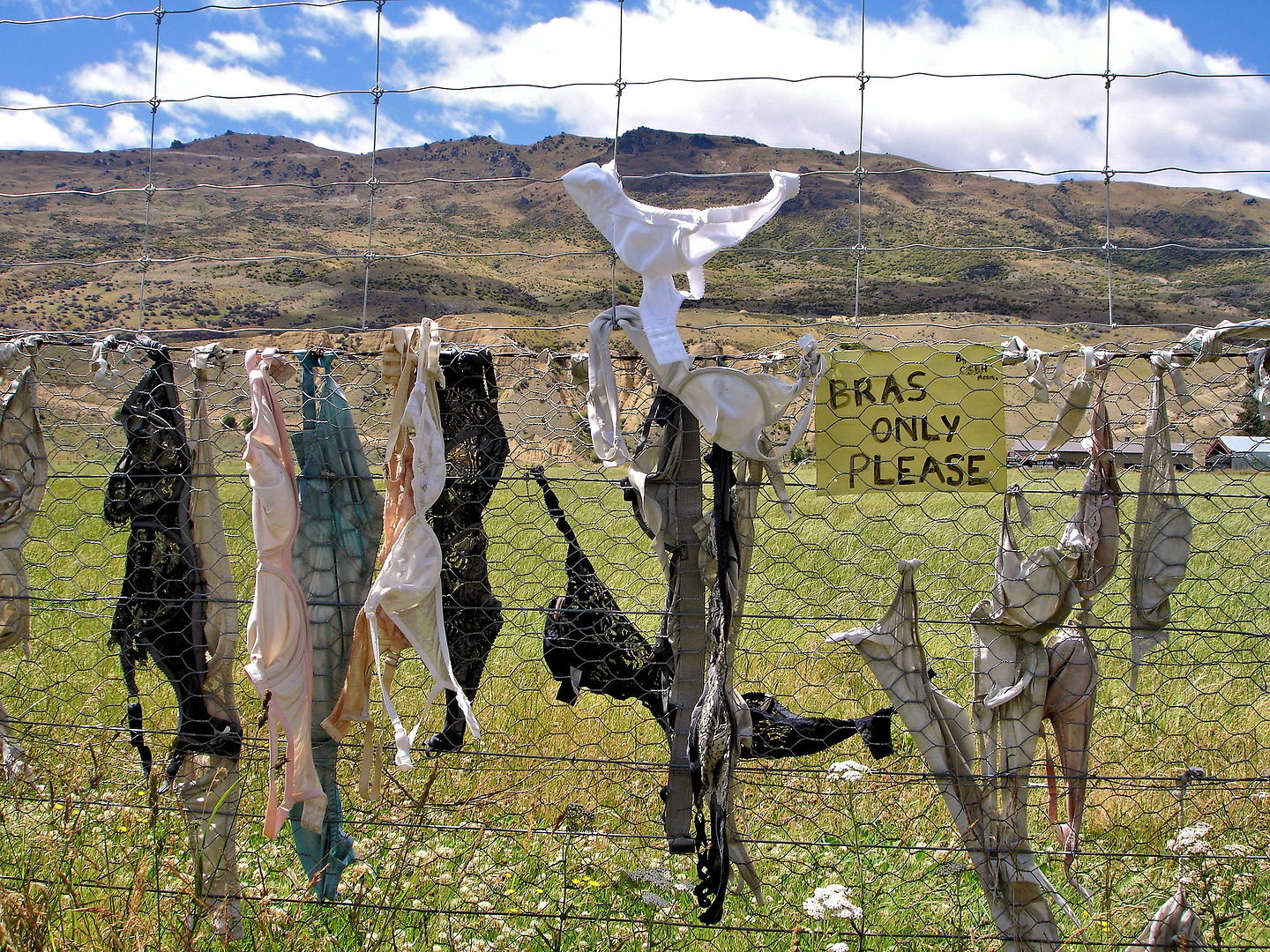 While driving in the Cardrona Valley in the countryside of Central Otago, we were startled and then amused by a fence covered with 800 bras. This visual oddity mysteriously started when four bras appeared on New Year’s Day, 2000. Soon more were added. As protests from the locals grew, so did its notoriety and the number of bras. Apparently we saw it near its peak (no pun intended). In 2006, this whimsical display of undergarments was removed by the city council. But do not despair. And endless row of female undergarments are now dangling in the breeze on a fence next to the Cardrona Distillery and Museum.