Forts & Castles - One
Next 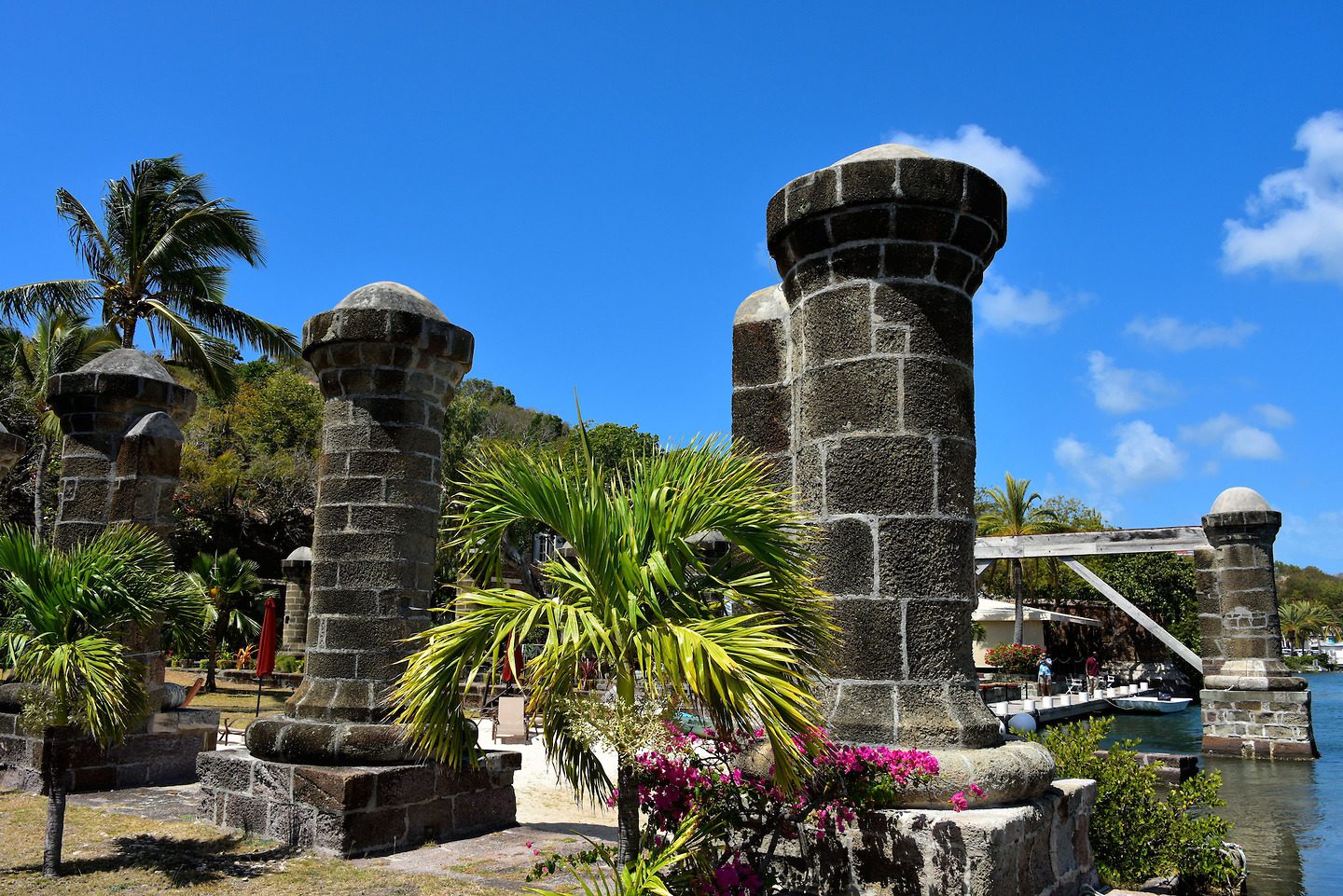 English Harbour began as a British garrison at the turn of the 18th century. For almost two hundred years, it evolved into an elaborate complex of buildings now called Nelson’s Dockyard. The fort was named after Horatio Nelson. The vice-admiral arrived in 1784 and later became its commander. When the Royal Navy base was abandoned in 1889, it fell into disrepair until an extensive restoration was finished in 1961. Nelson’s Dockyard is now a national park and a major tourist attraction. In 2016, this historic property was designated as a UNESCO World Heritage Site. These boat house pillars are among the most recognizable and photographed features.