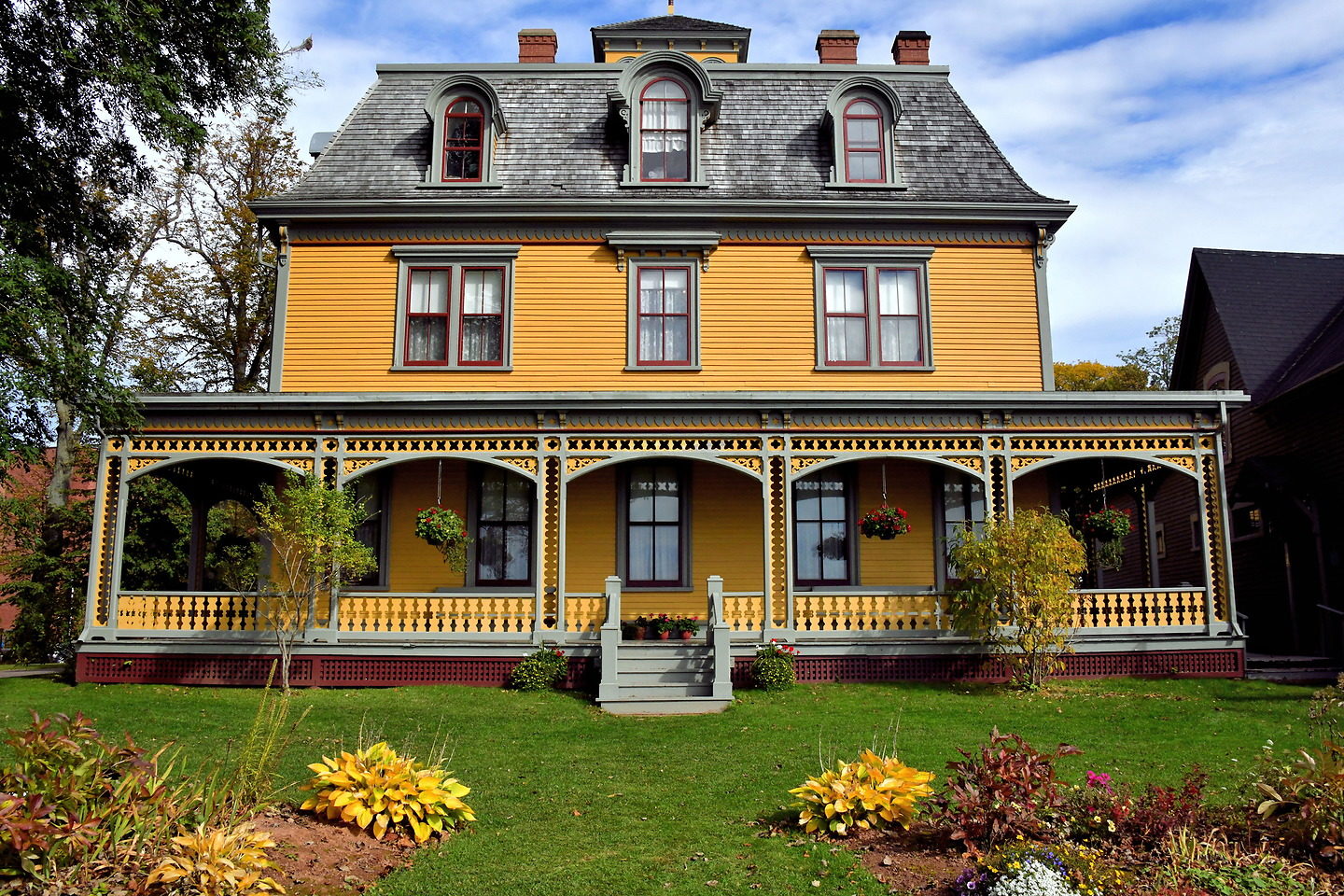 This grand residence was designed by William Harris for James Peake Jr., a prominent ship builder. It was one of the most elaborate houses in Charlottetown when finished in 1877. For years, the home was a social epicenter for the city’s elite. The namesake was Benjamin Disraeli, 1st Earl of Beaconsfield. He was the Prime Minister of the United Kingdom from 1874 until 1880. The Cundall siblings lived here until the last one died in 1916. Then, it housed female students and nurses until given to the province. On July 3, 1973, Queen Elizabeth II opened the Beaconsfield Historic House as a museum. The rooms contain Victorian Era furnishings to give visitors a peak at the lives of the wealthy during the late 19th century.