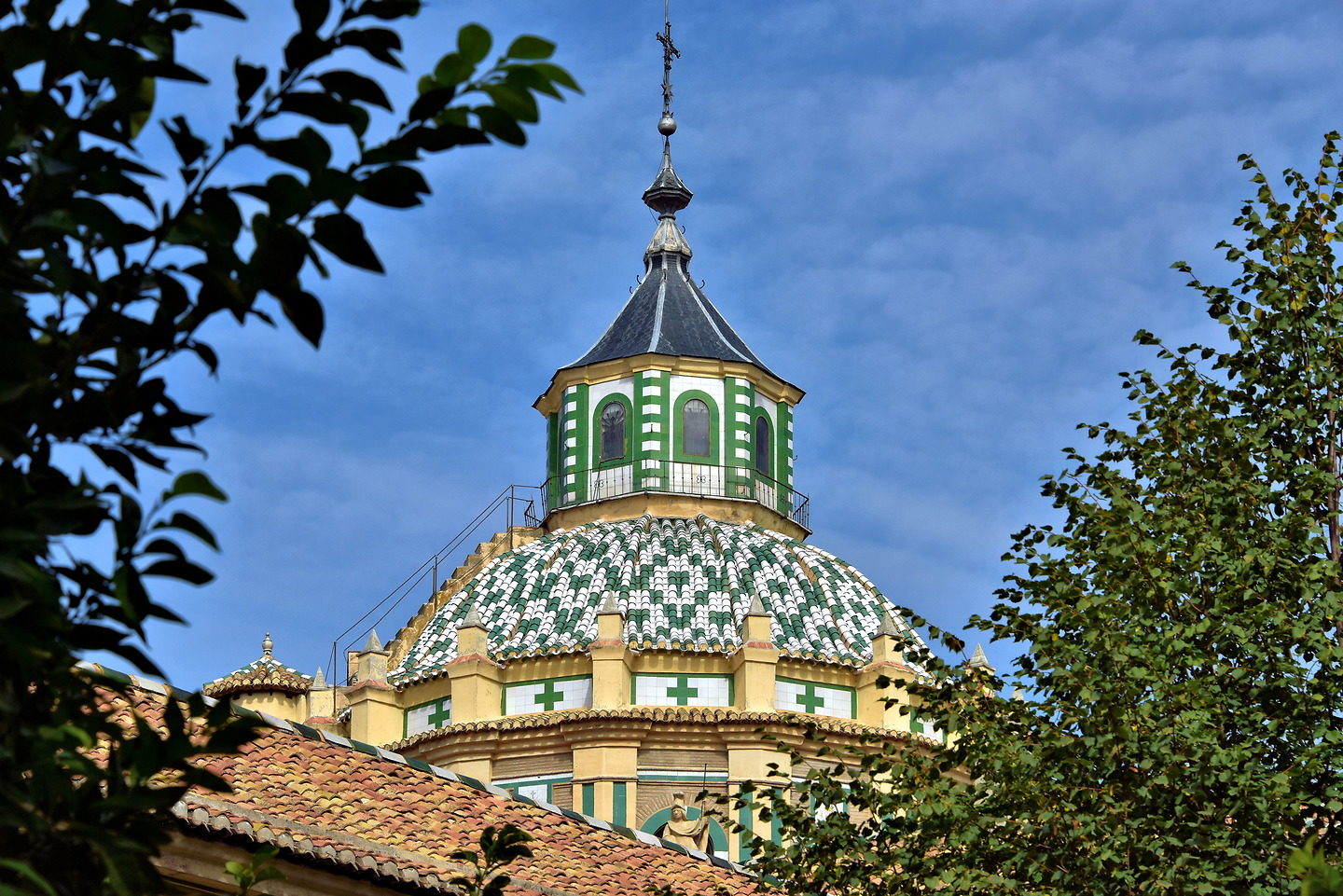 Attached to the old hospital founded by Juan Ciudad is a church named in his honor: Basilica de San Juan de Dios. The Catholic church was given a Baroque design by architect José de Bada and opened in 1757. This 164 foot dome is impressive, one of the best in the city. Notice the green crosses. They represent the Hospitaller Order of Saint John of God. But the exterior pales in comparison to the interior. Encircling the central nave, altar and side chapels is abundant gold and silver ornamentation plus paintings, reliefs and statues. It is incredible! Be sure to see the ornate sepulcher containing the remains of Saint John of God.