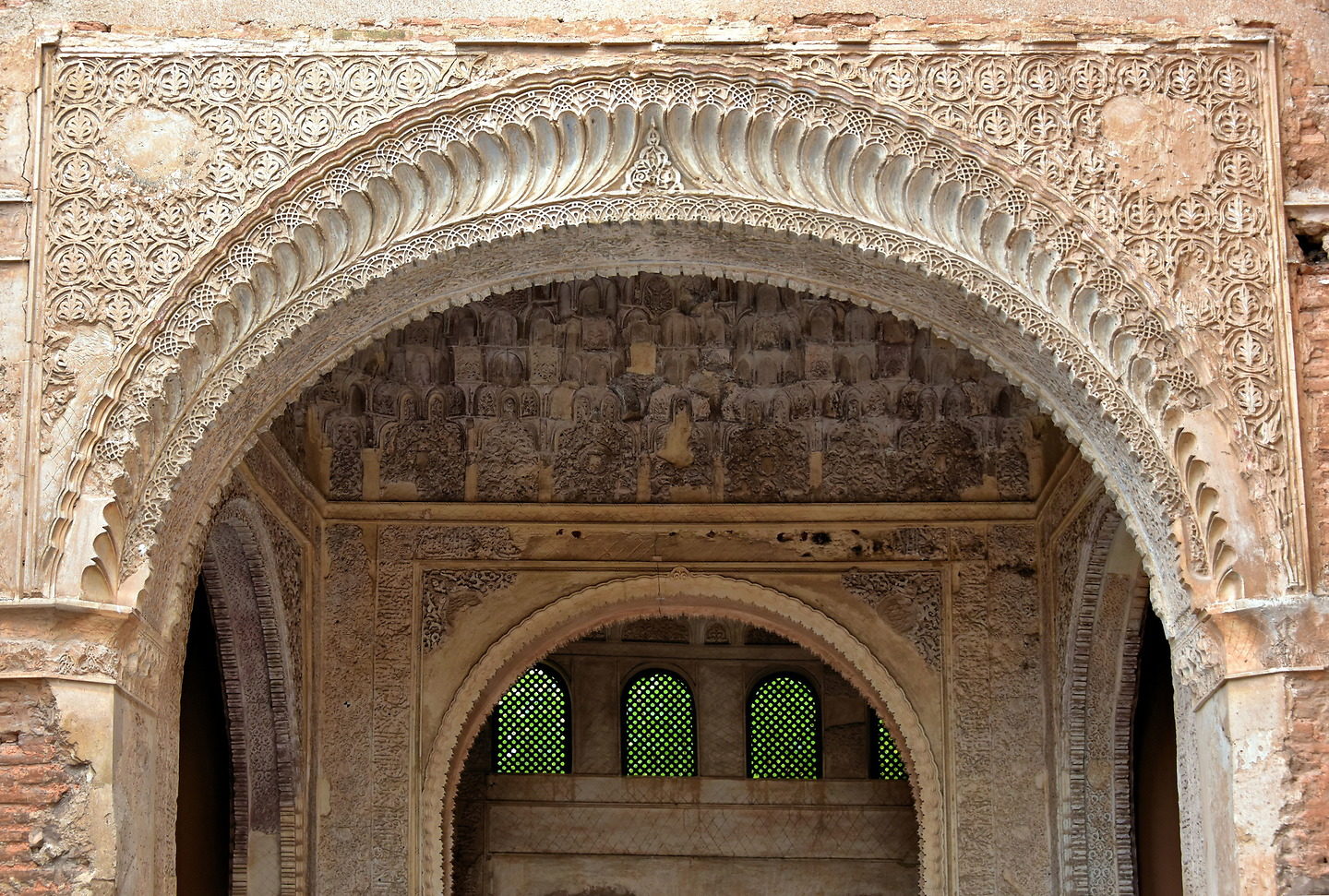 The former Monastery of San Francisco has undergone considerable renovations since the 15th century. Fortunately, some of the original Moorish palace has remained intact. Enter an arch at the base of the monastery bell tower and walk down the corridor. Below you is a crypt called a qubba. At the end is this elaborate balcony overlooking Jardines del Paraiso (Botanical Gardens). The honeycomb motif is a form of Islamic architecture named muqarnas or ahoopāy. The term for the repeated pattern etched above the arch is ataurique.