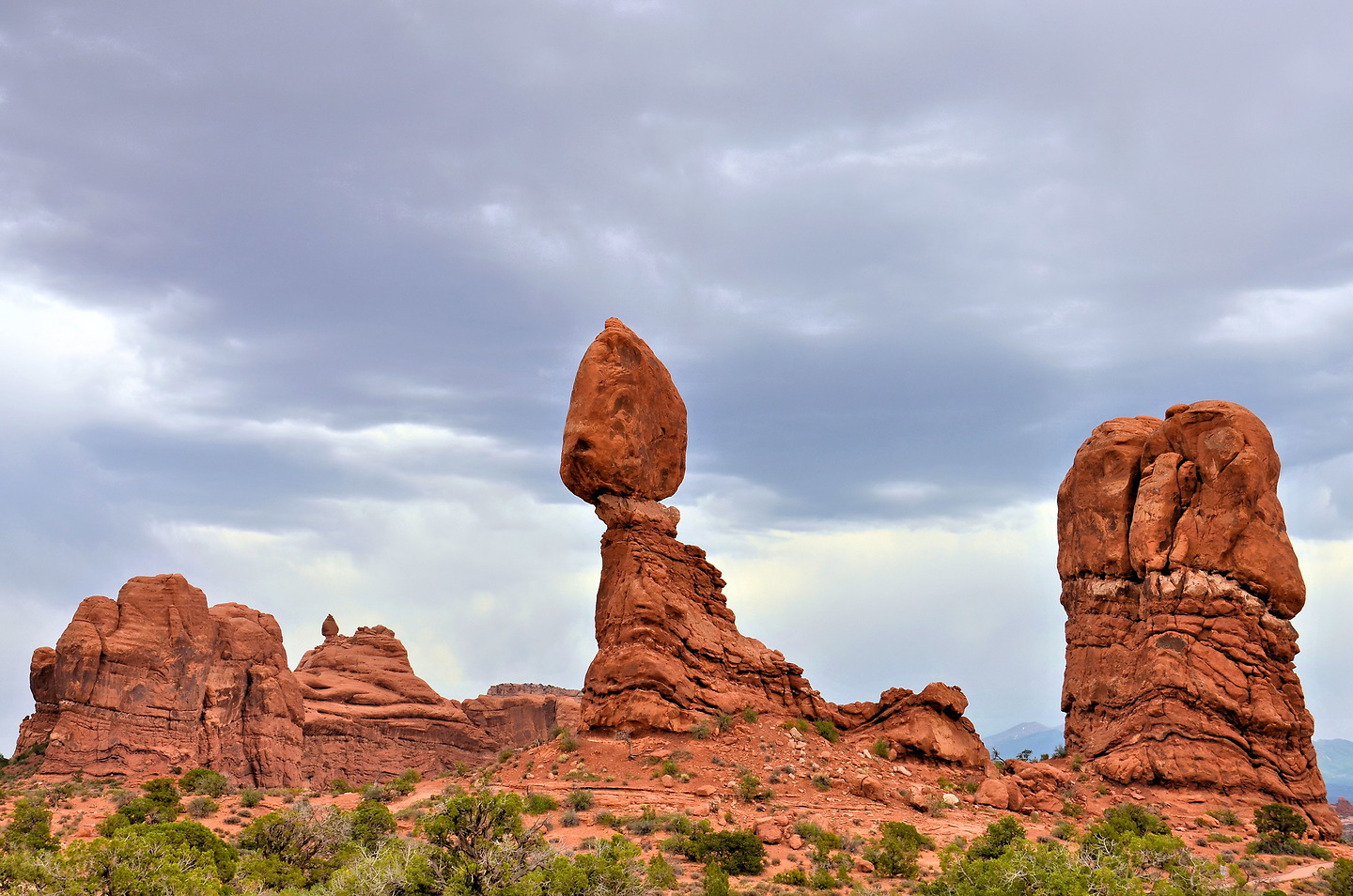 One of the most recognizable formations at Arches National Park is the Balanced Rock. The seemingly gravity-defying phenomenon appears shortly after nine miles on Arches Scenic Drive. You can gawk at the 128 foot tall oddity from the parking lot. Or get a closer look by walking a .3 mile loop trail. The statistics are staggering. The Entrada Sandstone on top is 55 feet tall and weighs 3,577 tons! The pedestal is composed of a softer Dewey Bridge mudstone and continues to erode. Someday, the giant boulder will come crashing down. A similar fate occurred to the sibling formation – Chip Off the Old Block – during the winter of 1975/76.