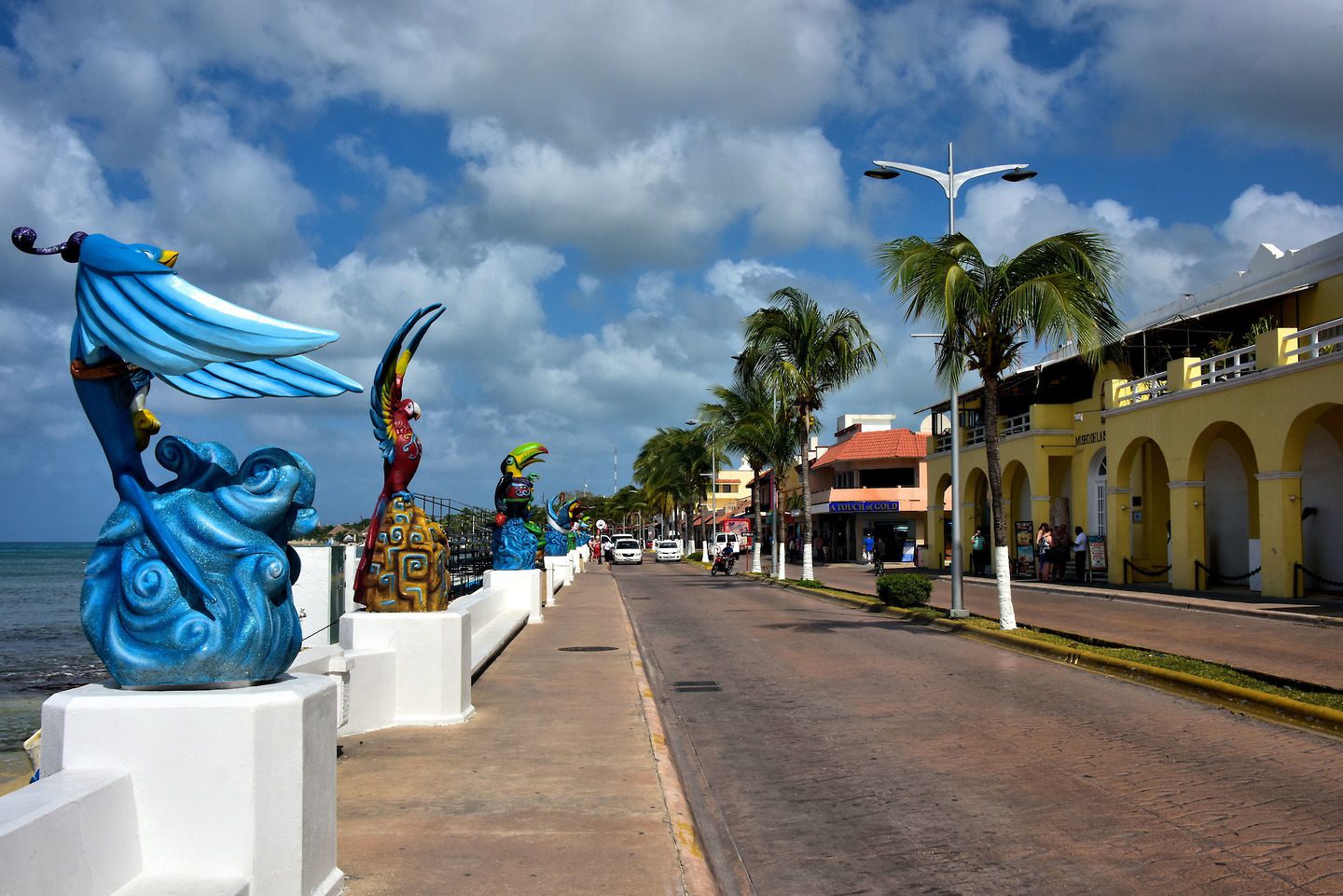 San Miguel’s main tourist district runs along the waterfront on Avenue Rafael E. Melgar. Here you will find the major shops, restaurants and attractions such as the Museo de la Isla de Cozumel on the right. This is a natural and human history museum with fascinating displays from the pre-Columbian and colonial periods. The street’s namesake is Brigadier General Rafael Eustace Melgar. After his critical military service during the Mexican Revolution, he became a powerful politician. Towards the end of his career, he was the Mexican ambassador to the Netherlands and then a national senator from 1952 until 1958.