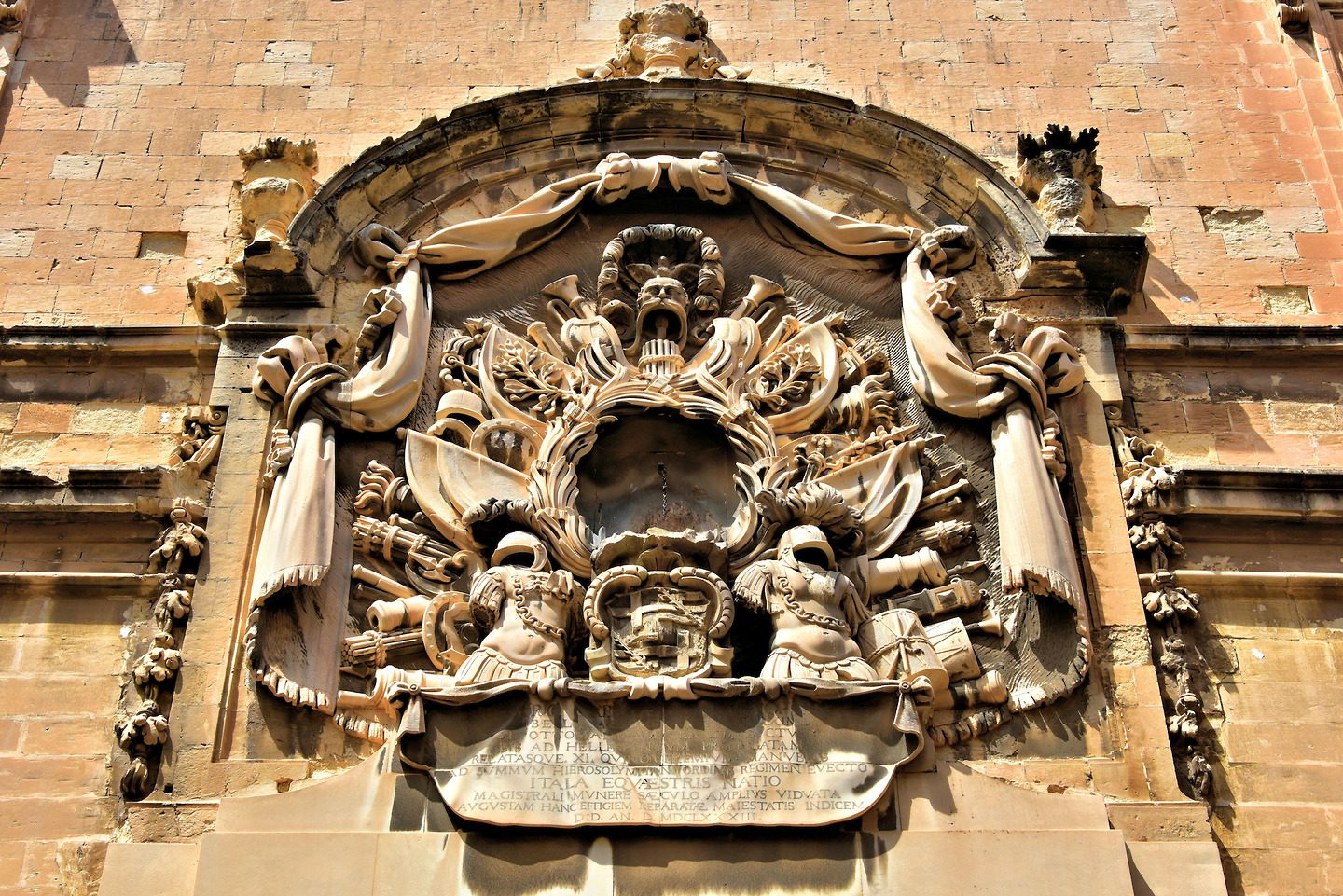 Auberge d’Italie was also called Berġa tal-Italja when it was built at the end of the 16th century. It was a hostel for the Italian langue of the Knights from the Order of Saint John who were responsible for guarding the Bastions of St. Peter and Paul. This ornate relief above the front door was installed during an enlargement in 1683. The design by La Fe’ included a coat of arms, the Trophy of the Arms and a statue of Grandmaster Gregorio Carafa which is now missing. Subsequently the building was the military headquarters for the French and later the British. It now houses the Ministry of Tourism and includes a tourist information office.