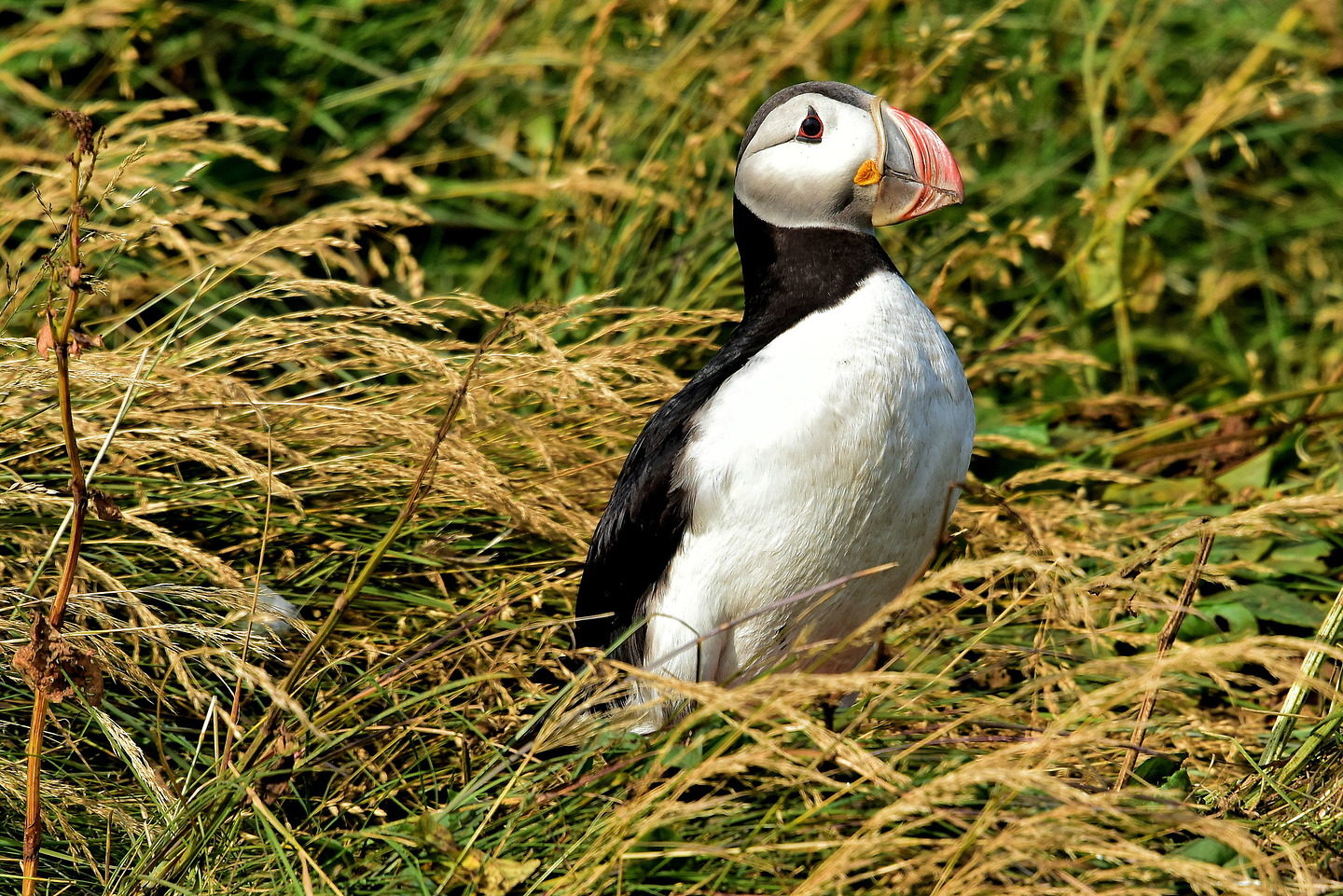 Sometimes it is unexplainable why a place or thing is high on your bucket list. So was my quest to photograph an Atlantic puffin while in Iceland. Immediately after disembarking the ferry to Heimaey, I drove my rental car to the southernmost tip off the island. The cliffs surrounding Stórhöfði hosts the world’s largest colony of common puffins from mid-April through August. These birds are adorable. Standing only eight inches tall with a 21 inch wingspan, their colorful beaks and triangular eyes accented with a red ring makes them appear like an animated Disney character.