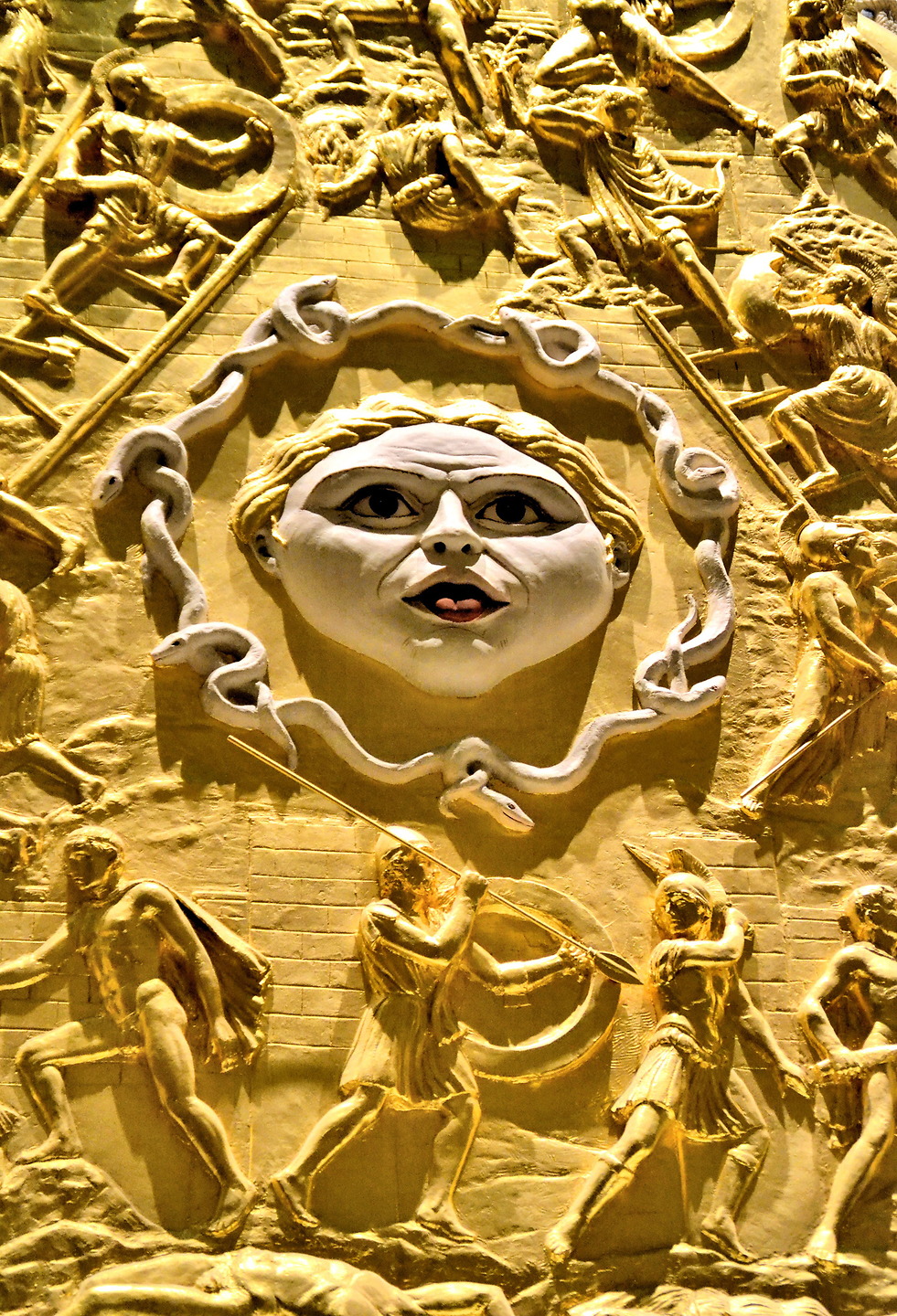 This is a close up of the shield held in Athena’s left hand inside the Parthenon. On the front are battle scenes between the Athenians and the Amazons. The Greeks were victorious. In the center is Medusa. She was one of three mythological Gorgon sisters. They were all depicted having venomous snakes in lieu of hair. After Medusa was killed by Greek hero Perseus, he presented her head to Athena to display on her shield. One look from Medusa could turn an enemy into stone.