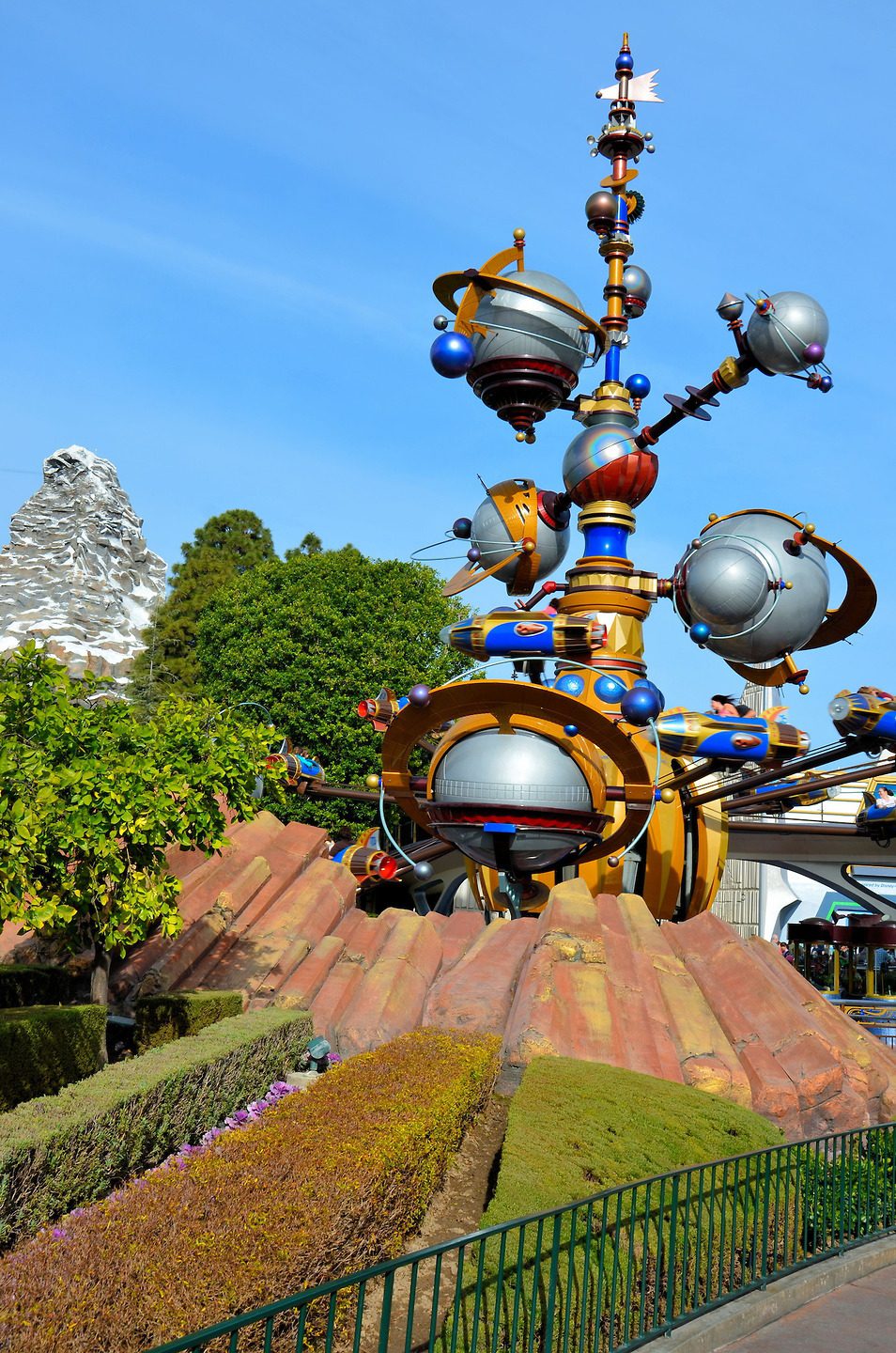 In 1955, the U.S. and Russia began the Space Race to win the competition for exploring the heavens. Less than a year later, before the first real rocket was launched, the Astro Jets rocket ship ride opened in Tomorrowland; it must have felt like pure fantasy from science fiction. Since then, both countries have conquered space and the ride is now called Astro Orbiter.