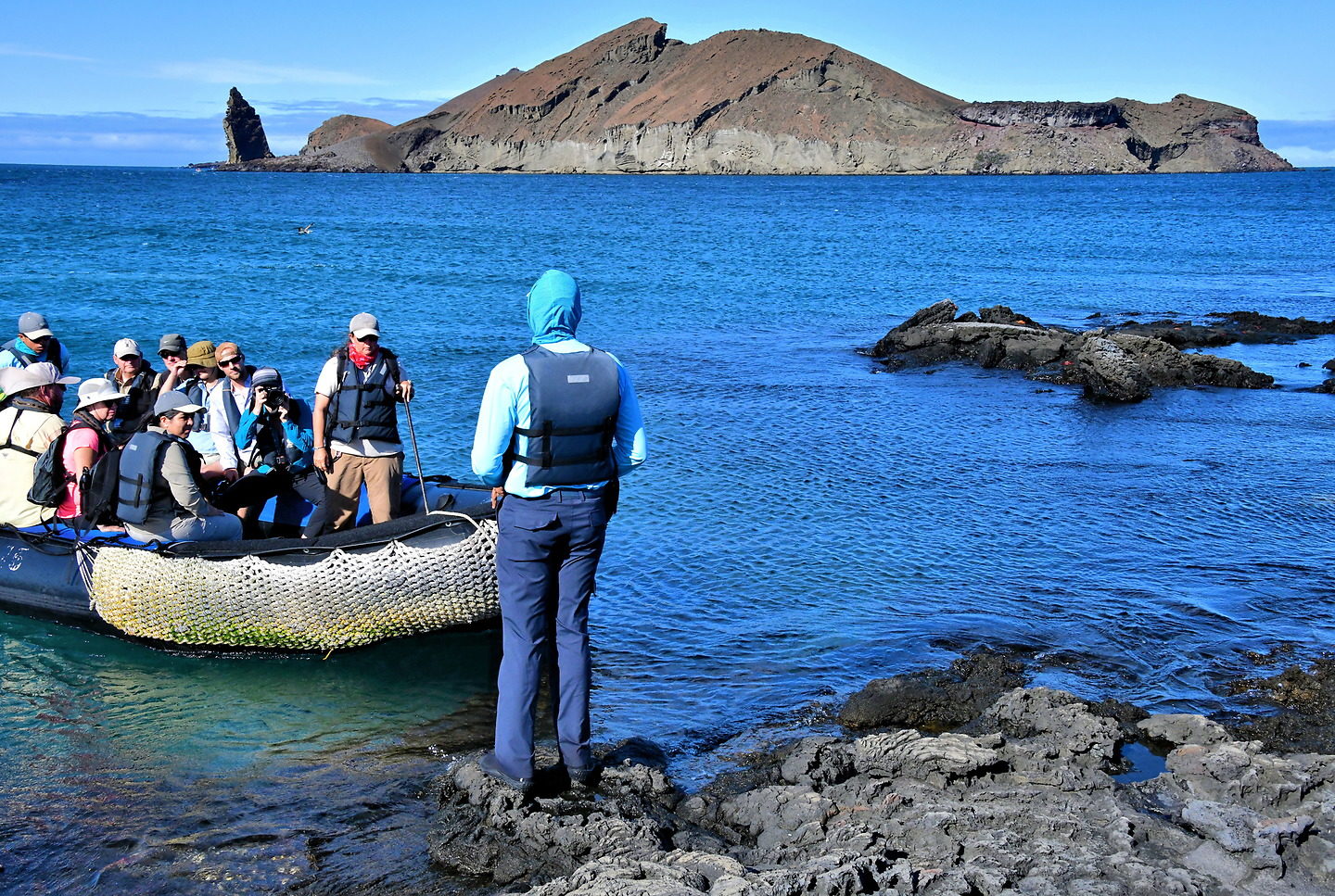 Directly across from Bartolomé Island seen in the background is the uninhabited Santiago Island. It is also called San Salvador Island or James Island. Measuring 226 square miles, this is the fourth largest island in the Galápagos archipelago. Tourists arrive to a dry landing to explore a geologically young and visually surreal lava field. Welcoming you will be Sally Lightfoot crabs, marine iguanas and an occasional lava heron. Other itineraries may include visits to the opposite (west) side of the island along James Bay. But the island is so big you can only cover one or two locations in a day. Heck, it took Charles Darwin two weeks to walk across Santiago Island.