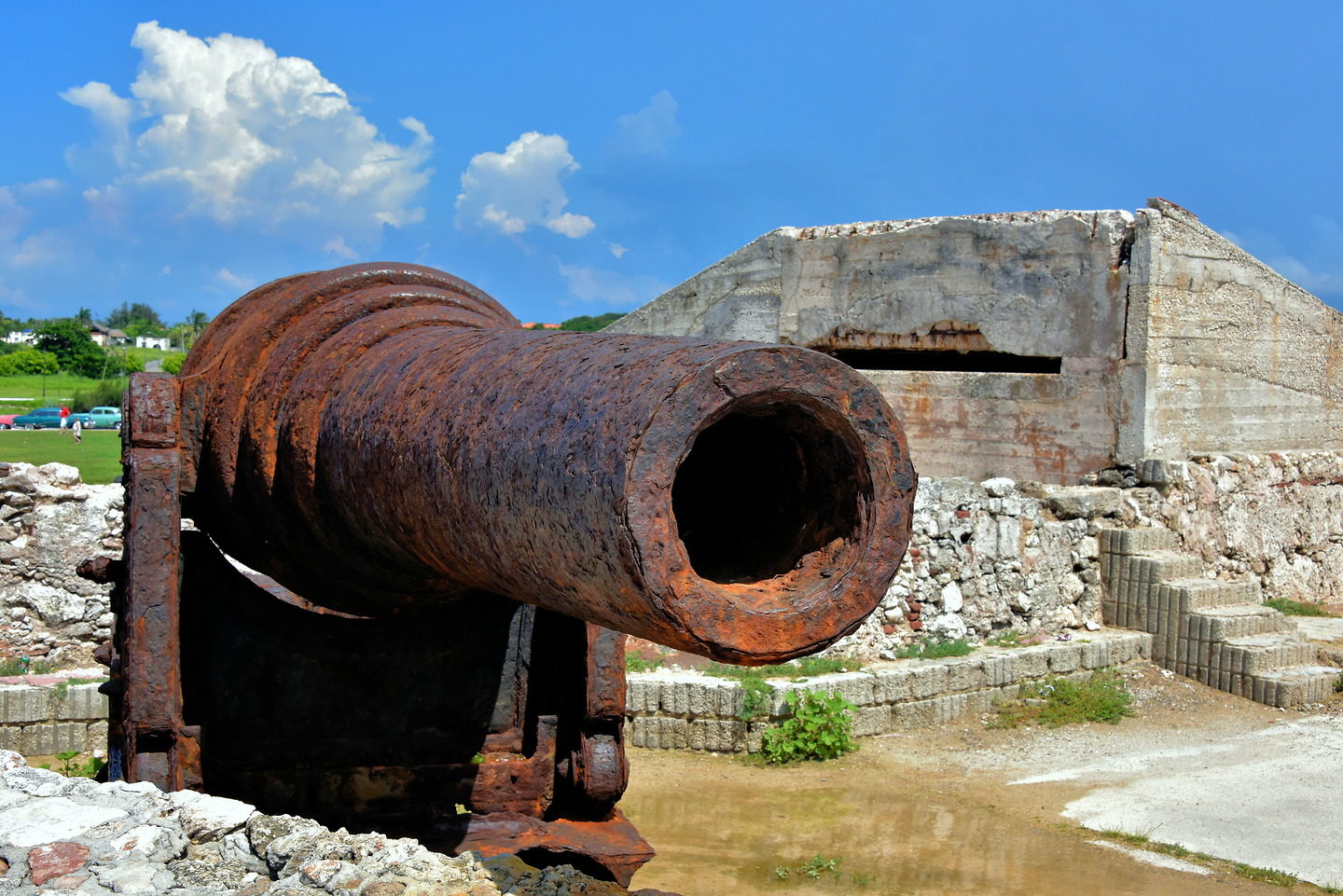 This cannon is rusted and silenced. Yet its location at El Morro Castle is symbolic of 16th century Spanish forts stretching from Florida to the tip of South America. The reign of Philip II – King of Spain from 1556 to 1598 – was the height of the Spanish Golden Age. His vast empire extended across every continent. However, the riches the crown collected from the New World attracted constant attacks from pirates such as Sir Frances Drake. So, in 1586, Felipe II appointed a young engineer named Battista Antonelli to first assess the defenses of strategic Caribbean ports (including Cartagena, Panama, Santo Domingo and Puerto Rico) and then build fortifications. While Antonelli was in Havana during the last half of 1587, he designed El Morro and La Punta. He returned to Cuba briefly in 1589 to initiate El Morro. Then, from 1589 – 1599, Antonelli managed the construction of most of the Spanish forts across the Caribbean.