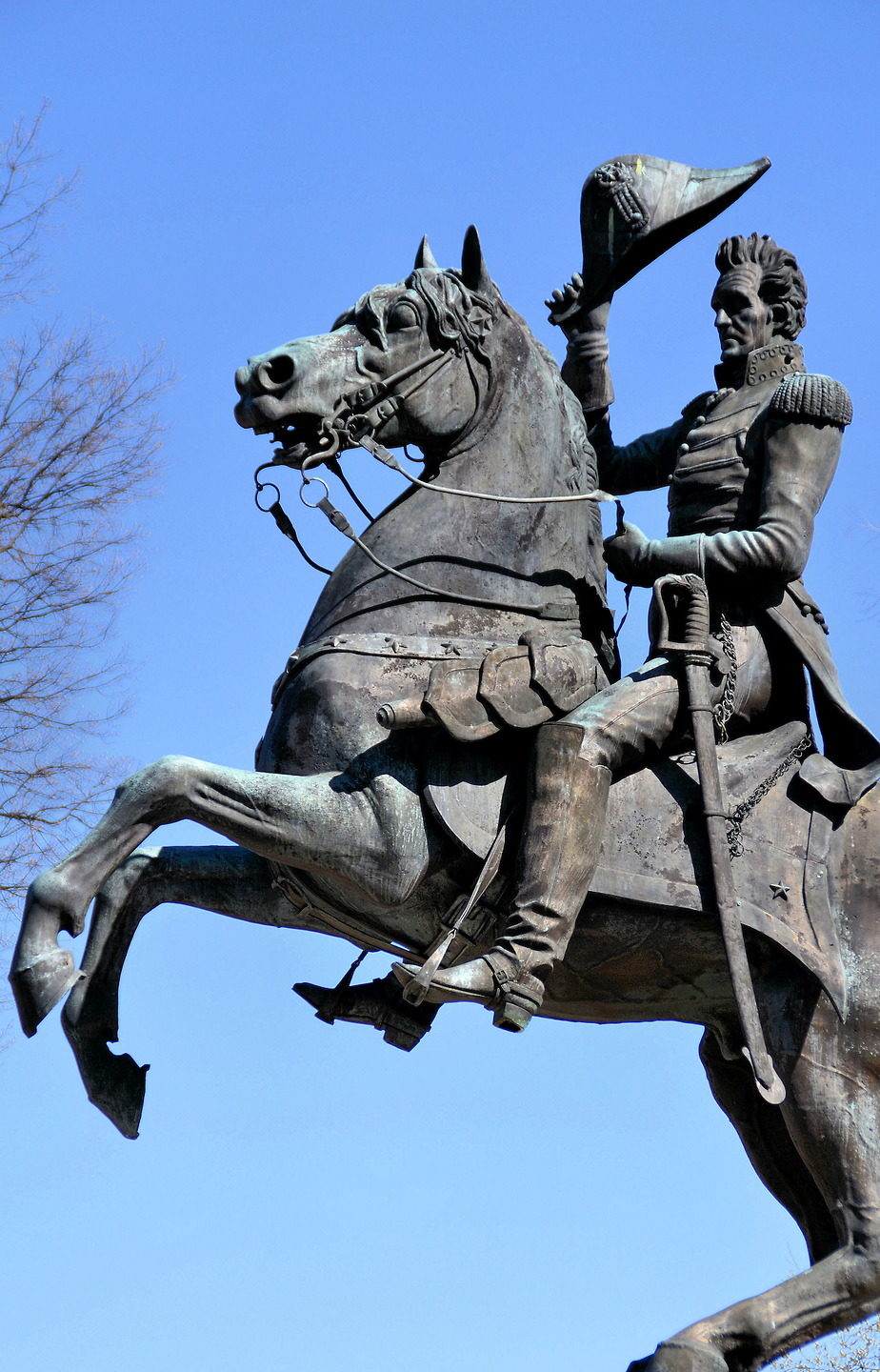 This equestrian statue of President Andrew Jackson by Clark Mills is on the Tennessee State Capitol grounds. The 7th president was in office from 1829 through 1837. Old Hickory died in Nashville in 1845. A similar Jackson sculpture is located in Florida, New Orleans and next to the White House. Another Tennessean to become president was James Polk. The 11th president (1845 – 1849) is buried beside his wife on the capitol grounds.