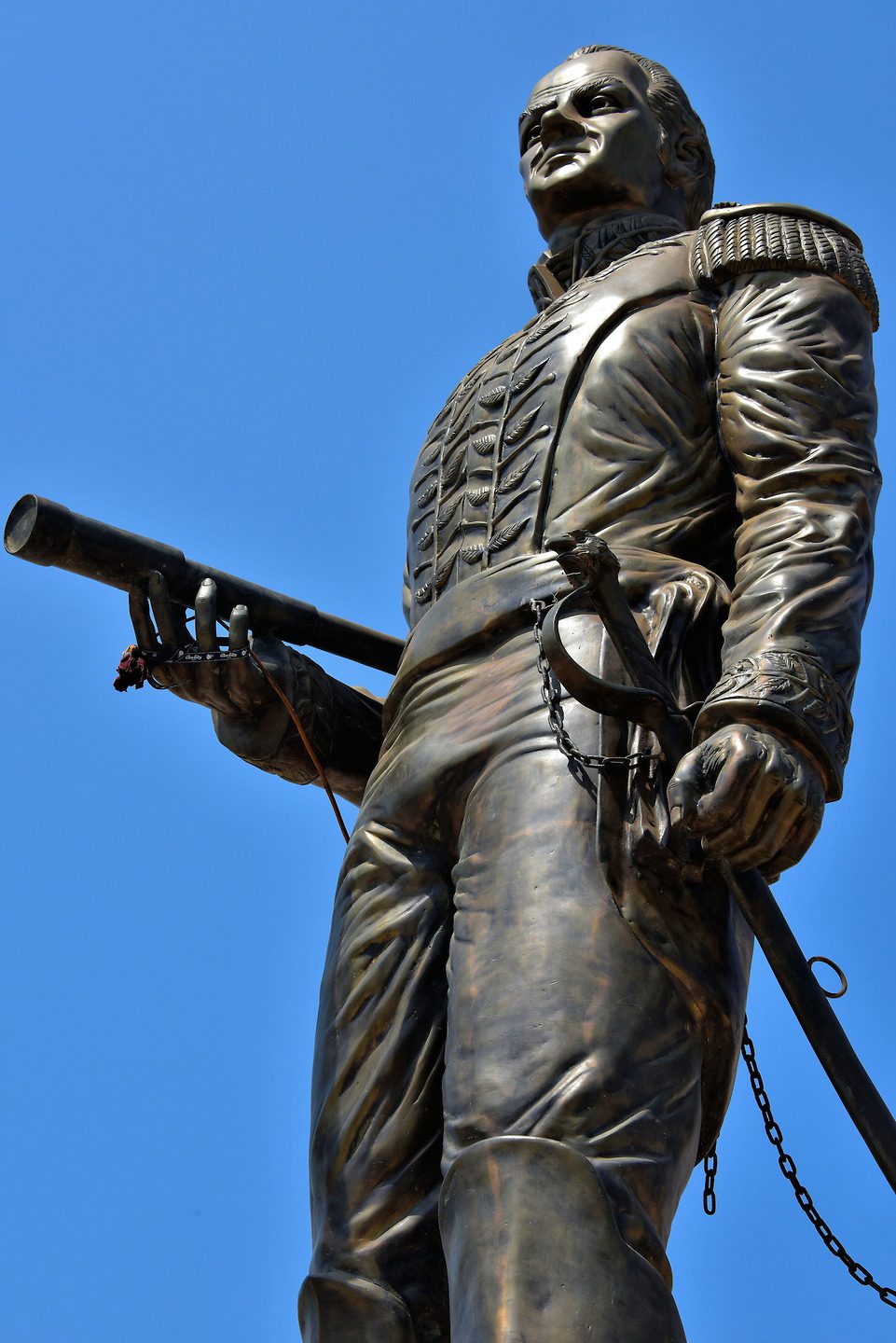 José Prudencio Padilla had an illustrious naval career starting in 1815 when he began serving under Simón Bolívar. He moved up in rank with each successive military battle. Admiral Padilla is most heralded for his naval command against the Royalists (Spaniards) at the Battle of Lake Maracaibo. This victory on July 24, 1823, marked the end of the Venezuelan War of Independence and marked the freedom of Gran Colombia from Spanish oppression. The date is celebrated annually as Navy Day.