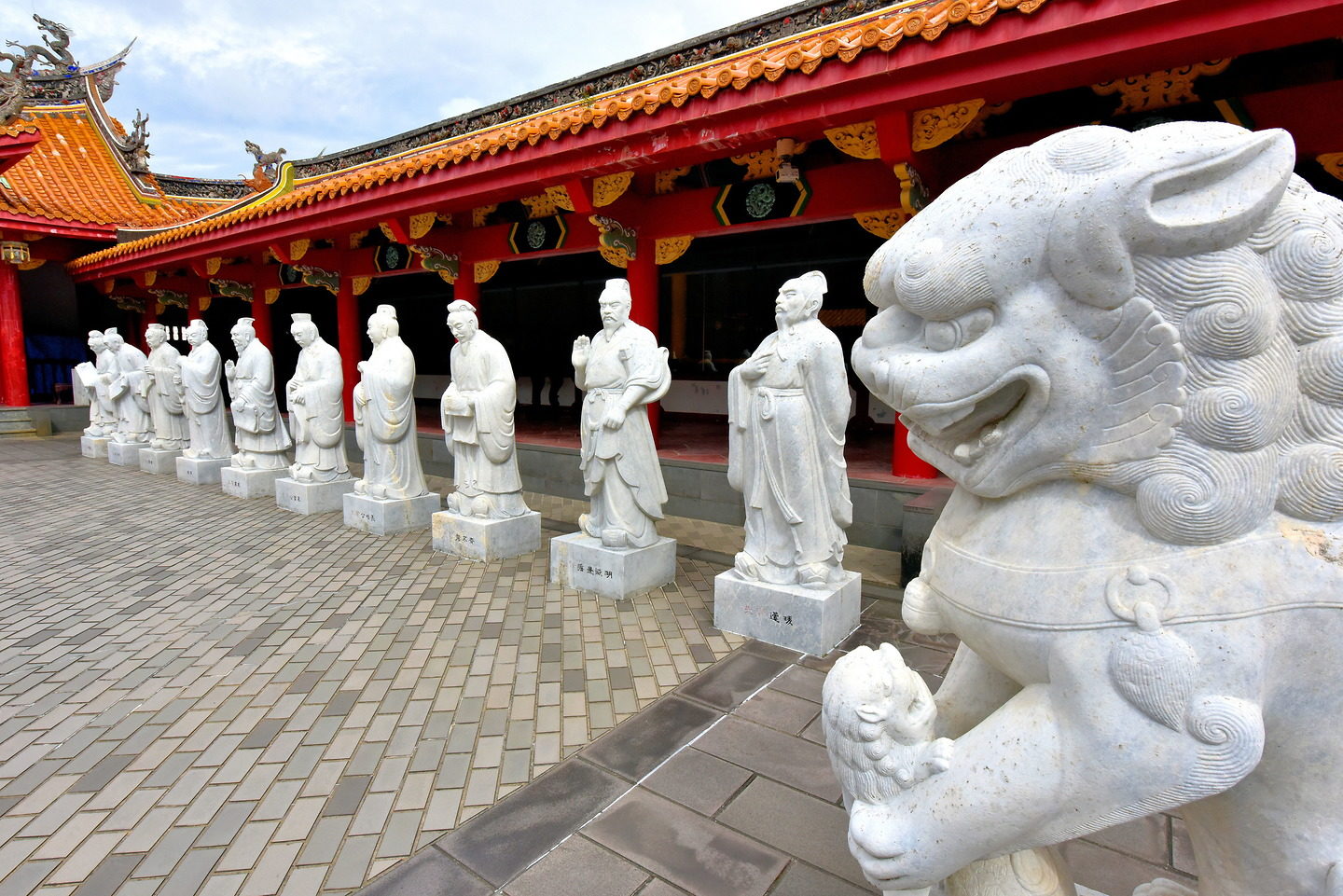 At Confucian Shrine (Kōshi-byō) at Nagasaki are life-size figures of Confucius disciples. The 72 Sages reached the state of perfection by mastering the Six Arts, the core of Confucian teachings. The 1.8 ton statues stand in front of two corridors called Ryobu. Inside are the Marble Stones of the Analects with the inscriptions of the famous philosopher’s written words. The lion is one of two guarding the stairs leading to Taisei Hall. Each shíshī (stone lion) weighs 2.4 tons. This female is depicted playing with a cub. The male version has his paw on a sphere.